From Hopelessness to Happy Camper

Sasha was just two years old when she arrived at Animal Welfare League NSW. She was a cruelty case, and the sadness in the young Boxer's eyes told her carers that this girl had endured terrible suffering before the AWL inspectors stepped in.

No-one who saw her then will ever forget that sad gaze.

Sasha was so thin she could hardly stand… 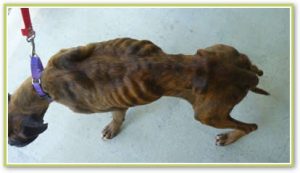 Sasha was in a terrible state. So thin that she could barely stand without a helping hand. And yet she was gracious, gentle and calm. The nurses were astonished she so readily allowed them to help her when she'd experienced nothing but fear and neglect.

In some ways, Sasha was lucky. The AWL vets discovered she had no underlying medical problems apart from the very obvious lack of food and water. 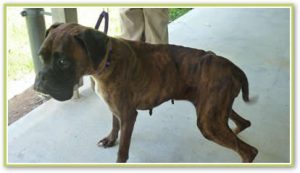 After the medical all-clear, Sasha settled into her new temporary home at the AWL Kemps Creek Shelter. For the next three months, she was lavished with love, attention and care by the staff. She gradually regained weight and returned to physical health, but the sadness in her eyes remained. She had yet to overcome the psychological scars of mistreatment. She had to learn how to be a dog; how to trust strangers, walk on a lead and even how to play. 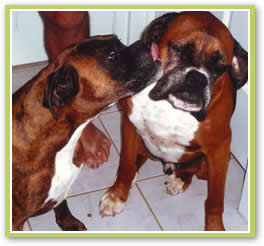 After three months of intensive care, Sasha was officially ready for adoption and her profile went up on the AWL website. Several enquiries came in but the stand-outs were a husband and wife who already owned an older male Boxer, Champ. Champ needed a companion, but he and his family lived south of the border, in Geelong, Victoria.

After several long phone conversations with the AWL behavioural team, the family decided to load up Champ and bring him north to Sydney to meet Sasha. The long trip was worth it. Champ and Sasha hit off immediately. After a swift sniff, the two Boxers began to play. It was obvious to AWL staff that Sasha had found her forever home.

Fast forward six months, and Sasha now lives with Champ in Victoria and is in tip-top shape. In fact she's just returned from a family camping holiday with Champ, where she enjoyed the great outdoors, got her paws wet in the river and met some new canine friends.

Sasha's story is just one of many happy endings that AWL NSW creates for animals who otherwise wouldn't have a chance.