The city had never seen anything like it; sauve blokes in suits parading on stage, singing, busting moves, and shedding their shirts before being sold to the highest bidder - all for charity, of course. 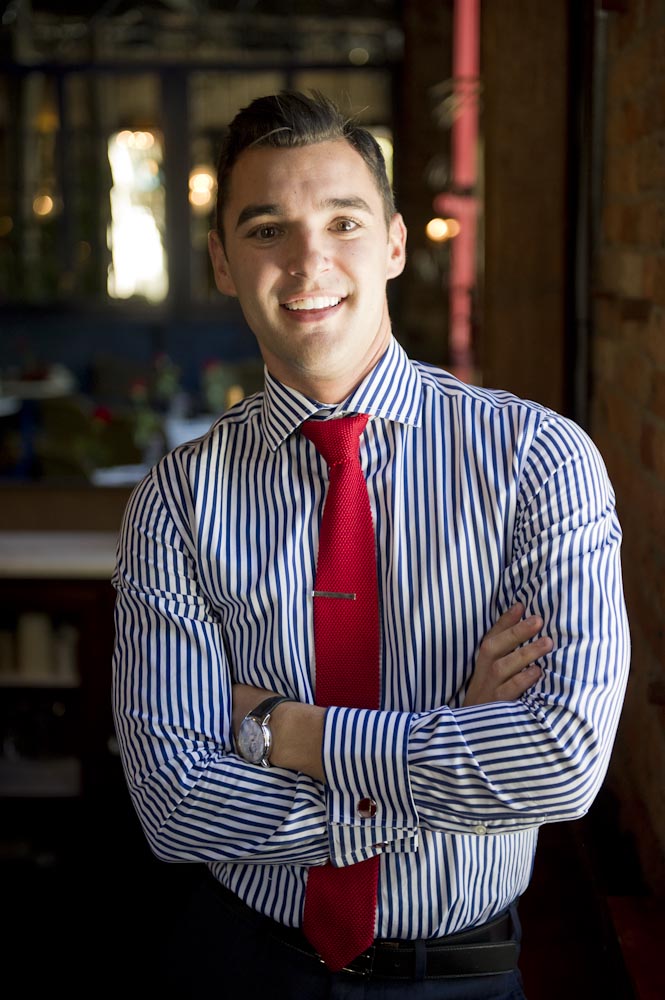 The inaugural Mr CBD was a highlight in the events calendar for Parched March (now Bars March), the month-long celebration of bars supporting Animal Welfare League NSW. The fun unfolded at Brasserie Ananas at The Rocks, with Disaronno Sours and bubbles flowing as the crowd erupted into good natured mayhem at the sight of the six finalists on stage to be sold off by celebrity auctioneer Justin Miller.

Blue-eyed Macquarie banker Adam Halbert impressed with his poetic lines; renaissance man Rupert Caldor won hearts with his off-duty voluntary life-saving gig, and dark and handsome Cae Thomas showed off an intriguing trick with his tongue. Irishman John Owens declared his best feature as his booty, and the audience agreed, then scientist Ritchie Phillips hinted at the devil behind his reserved appearance with a raunchy gag about the size of his TV.

In the end, though, the audience was moved to bid up to $1500 by Angelo Bourras, or ‘Angel with an ‘O’’, who won hearts with his big brown eyes and cheeky humour. The real estate agent took the very first Mr CBD title, and was cheered on by his proud sister and dad.
The newly crowned Mr CBD won a bottle of Bowmore 18-year-old and two custom-tailored suits and a shirt from Instichu, while the event raised more than $8000 for Animal Welfare League NSW.

Our special correspondents are at the paw-front of all the Bars March news!